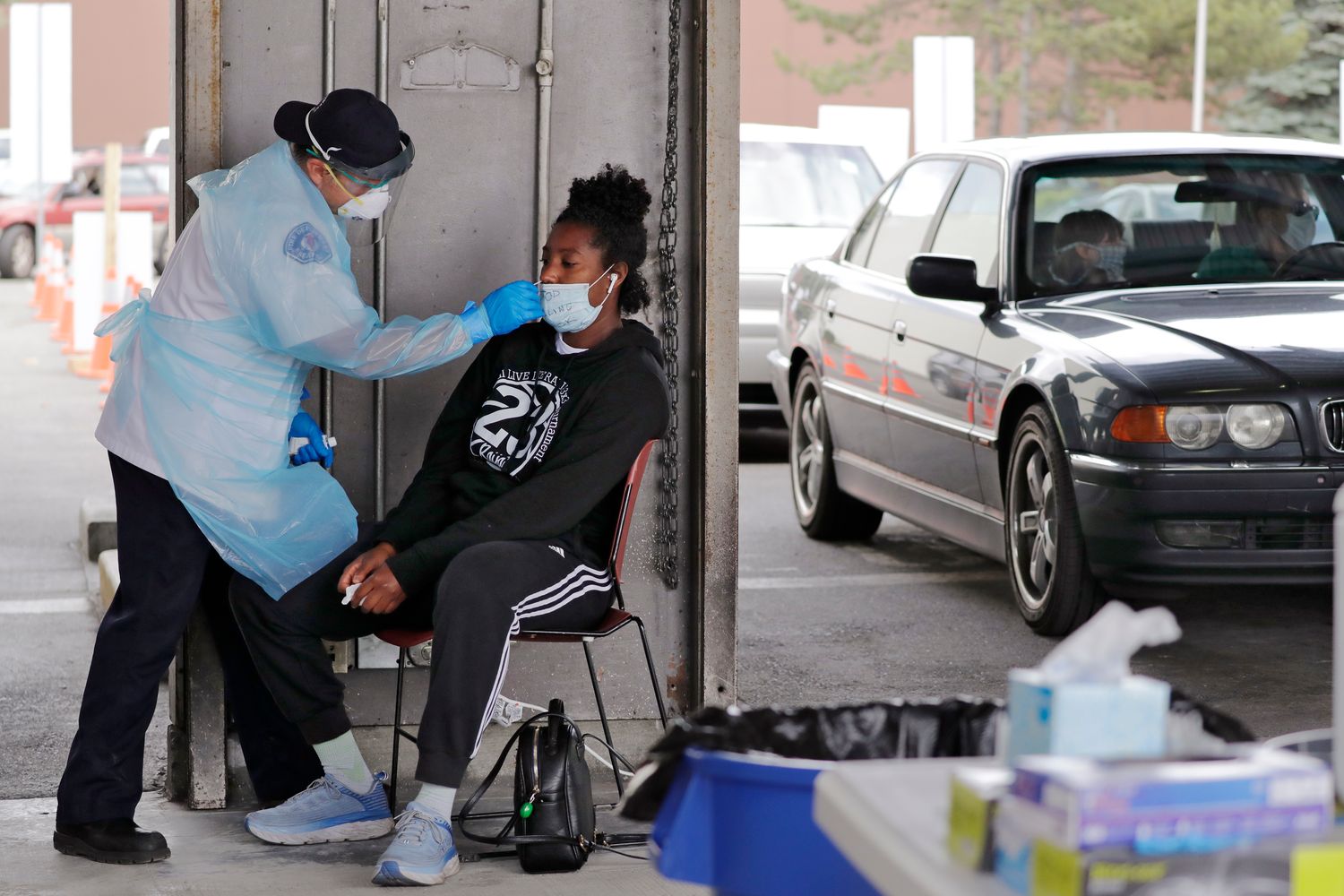 Harris said Redfield understood her concerns and she’s aware of the constraints on the CDC, which has been largely sidelined by the Trump administration throughout the pandemic.

Mecklenburg has amped up its educational outreach in recent weeks as more and more Latinos test positive, building tool kits for how to message to Latino and Black populations. They’ve also increased their presence on social media as younger Latinos become infected.

But county officials stressed that even as they try to issue guidance, the conflicting remarks coming from the president and other federal officials has weakened their local response.

North Carolina hit at least 2,000 new cases Friday and hospitalizations have remained above 1,000 since July 9. Latinos make up 42 percent of the state’s cases but only 10 percent of the population.

In the worst cases, the CDC’s tendency to parachute into communities has left residents confused and terrified.

In other cases, the CDC teams stay so briefly that they don’t learn much about a community — or may even divert attention from local pandemic response efforts, said Lori Freeman, the CEO of the National Association of County and City Health Officials. And to be effective, she said, they can’t just come and go. There needs to be cooperation and follow up with the communities most affected.

When the CDC lands without local collaboration, it’s even worse, Freeman said. “It reminds you of the old TV shows where people show up at the door and say, ‘We’re with the FBI and we’re here to help,’ and it never goes well.”

That lack of collaboration was one reason that the Georgia antibody study boomeranged, sowing distrust instead of partnerships and progress.

The CDC experts arrived for their weeklong mission in DeKalb and Fulton counties on April 28, only one day after receiving final approval for their antibody project, which would help track how the virus was spreading disproportionately among Black residents. Sandra Elizabeth Ford, director of the DeKalb County Board of Health, said her office barely got a heads up and had to scramble to do the community outreach the federal team failed to do.

“We really tried to get the word out that this was in no way a police event and it had no malicious intent,” she said.

Still, many residents were upset when CDC officials knocked on their doors.

“People were asking me, ‘What do I do if they come to my door and ask for my blood. Do I give it to them?’” said Nse Ufot, executive director of New Georgia Project. “It freaked out a lot of seniors and a lot of African American leaders and community members.”

One month later, at a virtual town hall hosted by Ufot’s organization, the CDC apologized.

“We clearly fell short in doing the appropriate outreach to the community before this happened,” said Dr. Joseph Bresee, associate director of global health affairs for the CDC’s influenza division.

“This was a critical mistake,” he said. “And we own it and we regret it and we’ve learned from it.”

In the CDC’s analysis of the project released Tuesday, team members said they did document the racial disparities they were looking for, but poor outreach undermined their efforts.

“Active community engagement beginning at the design of the survey is an important component to gain trust and potentially improve participation,” they wrote.

Even as the CDC works to get a handle on infections among Black and Latino communities, indigenous communities say they still feel invisible.

The CDC’s website says it has deployed staff to support Navajo Nation, the White Mountain Apache Tribe, the Hopi Tribe, and two other tribes. It held one of its first listening sessions with the National Indian Health Board this month.

But in a place like Los Angeles, where the Indian American and Alaska Native population is dispersed across the city, data gathering on cases and hospitalizations is lacking.

“It’s like literally a complete erasure of our experiences,” Castro said. “Our story is not getting out. I honestly don’t think we’ll ever know what the real impacts are in our community.”