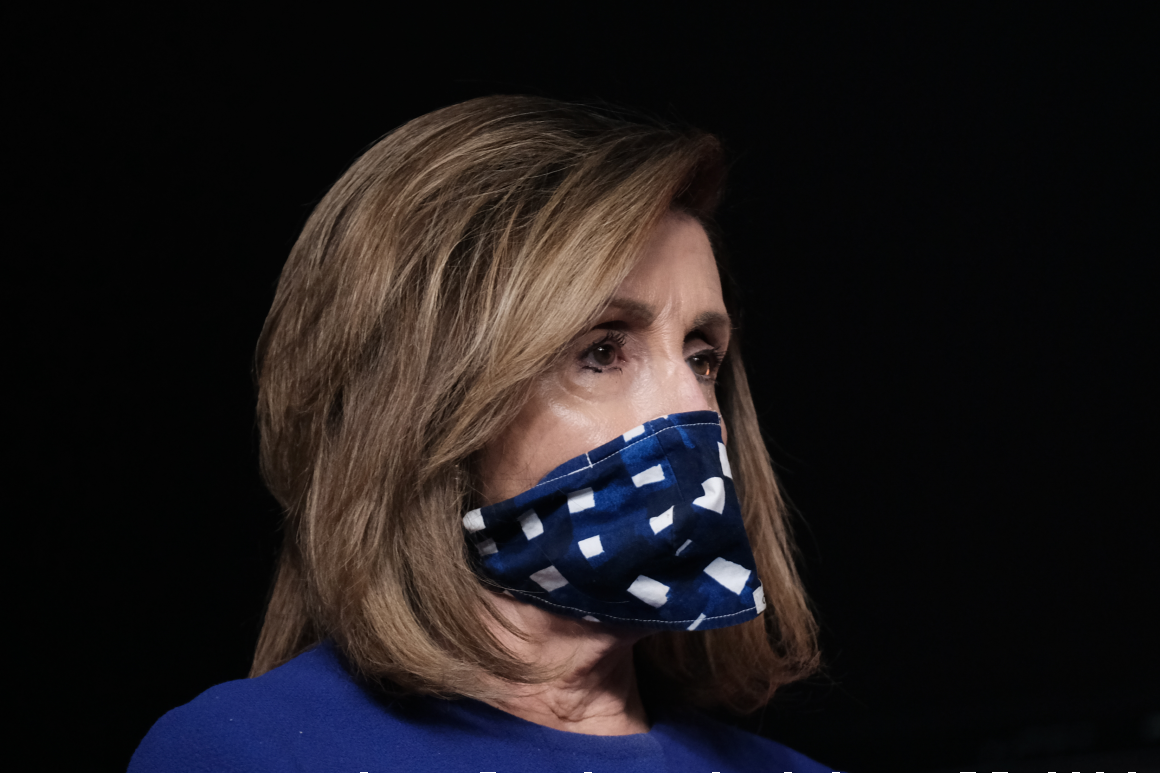 Pelosi slammed Republicans and President Donald Trump for their latest proposals and for not yet putting forward a counterproposal to the House’s $3 trillion package passed in May.

Senate Republicans and the White House, meanwhile, are still hammering out a $1 trillion measure that’s expected to be released on Monday.

“They’re in disarray and that delay is causing suffering for America’s families. So we have been ready for two months and 10 days,” Pelosi said, noting how when the House passed its last relief bill. “I’ve been here all weekend hoping they had something to give us.”

White House chief of staff Mark Meadows and Treasury Secretary Steven Mnuchin are set to return to Capitol Hill on Sunday to lock down a GOP economic relief proposal after spending Saturday in talks with Senate Republican leadership staff. Both downplayed fissures in the ranks, but differences between the administration and GOP senators pushed back the release of the Senate measure last week.

A key difference will be the fate of a $600 boost to jobless benefits. Republicans have argued the measure shouldn’t be extended as is because it will incentivize people to stay home rather than find work. Democrats, meanwhile, have pushed for an extension of the benefit, which was first created in the March CARES Act stimulus bill.

“The reason we had $600 was its simplicity,” Pelosi said. “So why don’t we just keep it simple? Unemployment benefits and the enhancement, which is so essential right now, and that’s really where we are starting.”

Pelosi also ripped Trump over his handling of the pandemic, deriding him as “Mr. Make Matters Worse.”

“I have a new name for him: Mr. Make Matters Worse,” Pelosi said. “He has made matters worse from the start. Delay, denial, it’s a hoax … and all the rest.”